In October 2021, the Nova Scotia provincial government announced plans to set the third Tuesday in July as the fixed date for provincial elections.

As an organization, CIVIX believes strongly in fixed-election dates. However, to have a fixed-date that does not comfortably fall within the school year makes it impossible to create a teachable moment from the election, and conduct a Student Vote program where students learn about about the party platforms and vote for the official local candidates.

We saw and received many social media posts and emails in regards to the proposed legislation, and its potential impact, and more than a dozen educators wrote to the Law Amendments committee to offer themselves as witnesses to discuss the bill’s impact on civic education.

Late on a Monday evening, four teachers, and two students, testified with their concerns regarding the bill’s impact on Student Vote, alongside other citizens with concerns on the legislation. CIVIX president, Taylor Gunn, also shared his thoughts along with research about barriers to voting and the proven outcomes of the Student Vote program.

The teachers and students who appeared talked about how Student Vote positively impacted their students, school community and even led to families becoming more engaged in the election.. They said that not having Student Vote provincially would be a significant loss.

“Whenever there is an election, teachers and students have the gift of what we call ‘teachable moments’ – these learning opportunities allow students to engage with the election process in real time. They examine issues, investigate party platforms and communicate with candidates. Across Canada, students participate in Student Vote programs at all levels and closely analyze the results. The conversations in our classroom from the recent federal election, for example, were rich and mature and continued long after election day.”

“The Student Vote is an interactive process that teaches and engages students about elections. This process taught me about how the government works, the different party platforms and how I can vote effectively and wisely. The politicians came to speak to us, showing that they cared about us and what we value. We followed the media coverage in school and this really prompted me to follow the election… We will never be able to fill the hole in our learning about voting by giving us a textbook. it’s not the same experience. Student Vote is interactive, and something totally different, and both of my experiences with student vote have engaged me in politics and have taught me that my voice is being heard and that my voice matters.”

“I’m a strong advocate for this kind of real world learning… Although we’re calling this a ‘mock election’ the fact is that in a really successful Student Vote process we got all of the candidates coming to our school this year [virtually]…I heard from all of my colleagues that it was the most attention that the students had paid. They were riveted by what the candidates had to say and that’s a really difficult thing to recreate outside of an election.”

Many educators also shared their concerns with the media, and the story was picked up throughout the province, with coverage from the Chronicle Herald, CBC News, City News, Global Halifax and the Halifax Examiner. 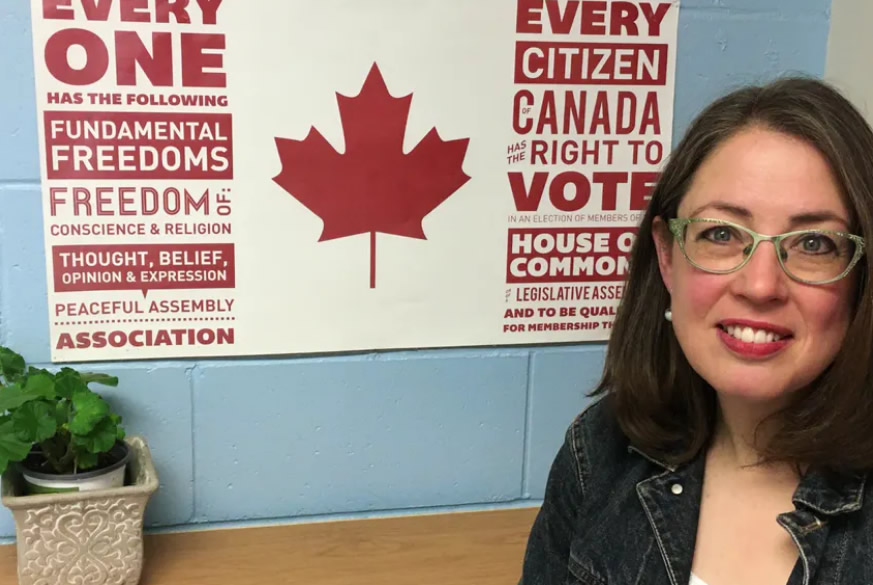 Despite our best efforts to raise awareness about the consequences of a summer election, the legislation proceeded through the committee without amendment, passed several votes in the legislature, and has now become law.

Leigh Muething, a Grade 10 teacher, shared some of their thoughts with us: “Sometimes I think we take democracy and our democratic processes for granted in Canada… I’ve fought a few political fights before. Some have been successful and some have not… What I take from this is that, no matter what the outcome, if a fight is worth fighting you fight it.”

We are especially proud of all of the Nova Scotia educators and students who dedicated the time and made their voices heard regarding their concerns. Thank you.

Student Vote will continue to be offered to Nova Scotia schools and students for federal and municipal elections going forward, alongside other CIVIX programs.