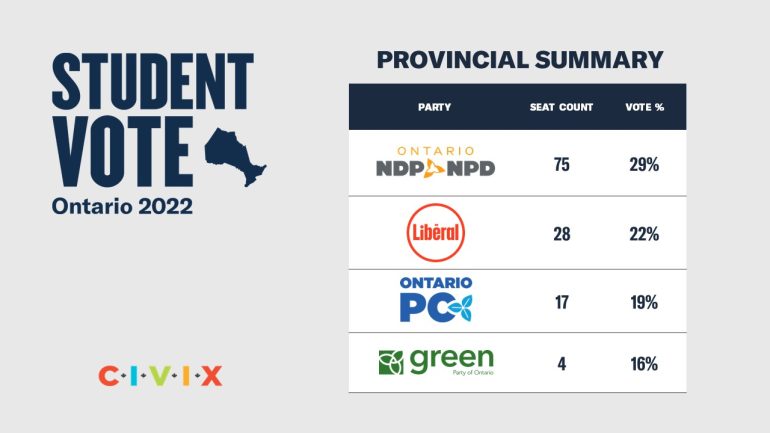 More than 260,000 elementary and secondary school students participated in Student Vote Ontario this week, coinciding with the 2022 Ontario provincial election.

After learning about government and democracy, researching the parties and platforms, and debating Ontario’s future, students cast their ballots for the official candidates running in their school’s electoral district.

“We are excited to share the results of Student Vote Ontario, which marks the culmination of weeks of democratic engagement of young Ontarians,” says Taylor Gunn, President and CEO of CIVIX. “We are grateful for all the educators who dedicated time and energy to cultivating future voters this spring.”